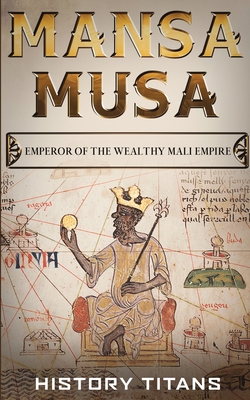 If you're familiar with Mansa Musa you might expect the headline to read, 'Mansa Musa - the wealthiest person that ever lived.' But in reality, he was more than just a rich person. Every source or article would either emphasize the subject of Mansa Musa and his wealth, or his famous pilgrimage to Mecca. Even though his Hajj expedition was fascinating due to the numerous events that occurred during the journey, there are many more interesting stories about his life.
This book is about how he took over the throne, how his rule influenced the economy of the Mali Empire, and how his empire accumulated more wealth after his return. The book also covers the grandeur of cities like Timbuktu and Djenne that were converted into cultural and educational centers.
Mansa Musa was a generous king who contributed a lot of his wealth and efforts towards the development of the Empire of Mali. He brought a lot of people with him to build universities, schools, and mosques to spread educational values and make Timbuktu a learning center. He also played an important part in spreading the religion of Islam. If you're intrigued about his life tales and his impact on West Africa and the world, this book is the right source for you.