Madeline and the Gypsies (Hardcover) 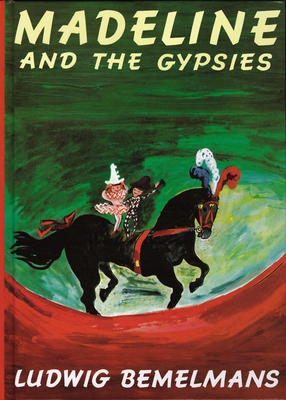 Madeline and the Gypsies (Hardcover)


Special Order—Subject to Availability
“In an old house in Paris
that was covered with vines
lived twelve little girls
in two straight lines
the smallest one was Madeline.”


Nothing frightens Madeline—not tigers, not even mice. With its endearing, courageous heroine, cheerful humor, and wonderful, whimsical drawings of Paris, the Madeline stories are true classics that continue to charm readers, even after 75 years. Join Madeline in another adventure when she and Pepito run off to join the carnival with a band of traveling gypsies!

Ludwig Bemelmans (1898-1962) was the author of the beloved Madeline books, including Madeline, a Caldecott Honor Book, and Madeline's Rescue, winner of the Caldecott Medal.

Ludwig Bemelmans was a painter, illustrator, and writer for both children and adults. His Madeline book rank among the most honored children’s book series. Madeline was named a Caldecott Honor Book, and the first of its five sequels, Madeline’s Rescue, won the Caldecott Medal and was a New York Times Outstanding Book of the Year. Mr. Bemelmans died in 1962, after completing Madeline’s Christmas. Visit penguin.com/madeline.