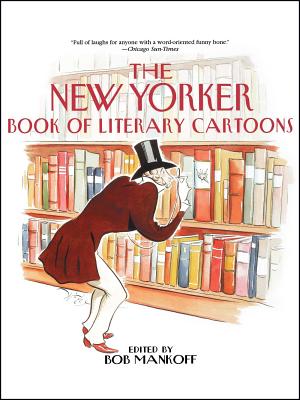 
Not On Our Shelves—Ships in 1-5 Days
Here is a cornucopia of 104 dead-on drawings and eye-opening ruminations on all things bookish, writerly, and readerly, courtesy of The New Yorker's renowned stable of cartoonists, including Charles Barsotti, Roz Chast, Ed Koren, J.B. Handelsman, Jack Ziegler, and Victoria Roberts. In the bestselling tradition of such classics as The New Yorker Book of Lawyer Cartoons and The New Yorker Book of Cat Cartoons, this collection of literary laughs is manna straight from bookworm heaven.
BOB MANKOFF became The New Yorker's cartoon editor in 1997. He is also the founder and president of The Cartoon Bank, a division of The New Yorker, which maintains the internet's only searchable cartoon archive. He has published four collections of his own work and has edited five other New Yorker cartoon collections, most recently The New Yorkers 75th Anniversary Cartoon Collection.