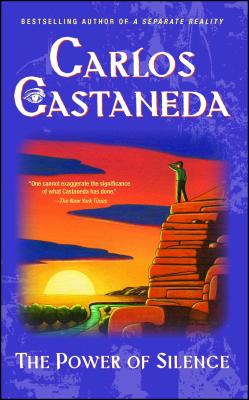 The Power of Silence is Castaneda's most astonishing book to date—a brilliant flash of knowledge that illuminates the far reaches of the human mind. Through don Juan's mesmerizing stories, the true meaning of sorcery and magic is finally revealed. Honed in the desert of Sonora, the visions of don Juan give us the vital secrets of belief and self-realization that are transcendental and valid for us all. It is Castaneda's unique genius to show us that all wisdom, strength, and power lie within ourselves—unleashed with marvelous energy and imaginative force in the teachings of don Juan—and in the writings of his famous pupil, Carlos Castaneda
Born in 1925 in Peru, anthropologist Carlos Castaneda wrote a total of fifteen books, which sold eight million copies worldwide and were published in seventeen different languages. In his writing, Castaneda describes the teaching of don Juan, a Yaqui sorcerer and shaman. His works helped define the 1960's and usher in the New Age movement. Even after his death in 1998, his books continue to inspire and influence his many devoted fans.
Praise for the groundbreaking work of bestselling author Carlos Castaneda