Fire from Within (Paperback) 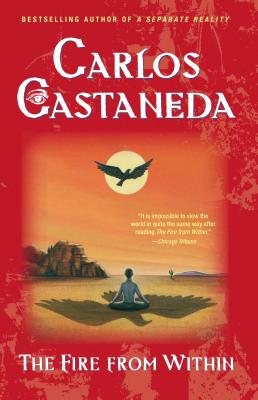 Fire from Within (Paperback)

Fire from Within is the author's most brilliant thought-provoking and unusual book, one in which Castaneda, under the tutelage of don Juan and his "disciples," at last constructs, from the teachings of don Juan and his own experiences, a stunning portrait of the "sorcerer's world" that is crystal-clear and dizzying in its implications.

Each of Carlos Castaneda's books is a brilliant and tantalizing burst of illumination into the depths of our deepest mysteries, like a sudden flash of light, like a burst of lightning over the desert at night, which shows us a world that is both alien and totally familiar—the landscape of our dreams.
Born in 1925 in Peru, anthropologist Carlos Castaneda wrote a total of fifteen books, which sold eight million copies worldwide and were published in seventeen different languages. In his writing, Castaneda describes the teaching of don Juan, a Yaqui sorcerer and shaman. His works helped define the 1960's and usher in the New Age movement. Even after his death in 1998, his books continue to inspire and influence his many devoted fans.
Praise for the groundbreaking work of bestselling author Carlos Castaneda