The Passion of Emily Dickinson (Paperback) 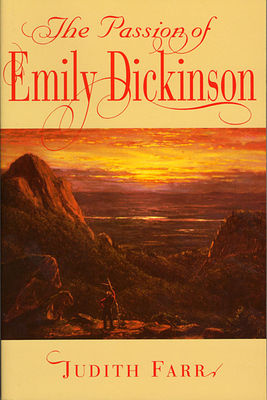 The Passion of Emily Dickinson (Paperback)

In a profound new analysis of Dickinson's life and work, Judith Farr explores the desire, suffering, exultation, spiritual rapture, and intense dedication to art that characterize Dickinson's poems, and deciphers their many complex and witty references to texts and paintings of the day. In The Passion of Emily Dickinson the poet emerges, not as a cryptic proto-modern or a victim of female repression, but as a cultivated mid-Victorian in whom the romanticism of Emerson and the American landscape painters found bold expression.

Dickinson wrote two distinct cycles of love poetry, argues Farr, one for her sister-in-law Sue and one for the mysterious "Master," here convincingly identified as Samuel Bowles, a friend of the family. For each of these intimates, Dickinson crafted personalized metaphoric codes drawn from her reading. Calling books her "Kinsmen of the Shelf," she refracted elements of Jane Eyre, Antony and Cleopatra, Tennyson's Maud, De Quincey's Confessions, and key biblical passages into her writing. And, to a previously unexplored degree, Dickinson also quoted the strategies and subject matter of popular Hudson River, Luminist, and Pre-Raphaelite paintings, notably Thomas Cole's Voyage of Life and Frederic Edwin Church's Heart of the Andes. Involved in the delicate process of both expressing and disguising her passion, Dickinson incorporated these sources in an original and sophisticated manner.

Farr's superb readings of the poems and letters call on neglected archival material and on magazines, books, and paintings owned by the Dickinsons. Viewed as part of a finely articulated tradition of Victorian iconography, Dickinson's interest in the fate of the soul after death, her seclusion, her fascination with landscape's mystical content, her quest for honor and immortality through art, and most of all her very human passions become less enigmatic. Farr tells the story of a poet and her time.