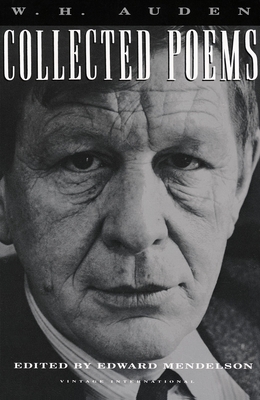 
Not On Our Shelves—Ships in 1-5 Days
Between 1927 and his death in 1973, W. H. Auden endowed poetry in the English language with a new face.  Or rather, with several faces, since his work ranged from the political to the religious, from the urbane to the pastoral, from the mandarin to the invigoratingly plain-spoken.

This collection presents all the poems Auden wished to preserve, in the texts that received his final approval. It includes the full contents of his previous collected editions along with all the later volumes of his shorter poems. Together, these works display the astonishing range of Auden's voice and the breadth of his concerns, his deep knowledge of the traditions he inherited, and his ability to recast those traditions in modern times.
W. H. Auden was born in York, England, in 1907. His first book of poems was published in 1930, followed by a dozen volumes of shorter and longer poems. He collaborated on three plays with Christopher Isherwood and wrote books about his travels to Iceland (with Louis MacNeice) and wartime China (with Christopher Isherwood). In 1939 he settled in New York and became an American citizen in 1946. In collaboration with his companion Chester Kallman, he composed opera libretti for Igor Stravinsky, Hans Werner Henze, and Nicholas Nabokov. In 1972 Auden left his winter home in New York and returned to Oxford. He died in Vienna in 1973.