In the Belly of the Beast: Letters From Prison (Paperback) 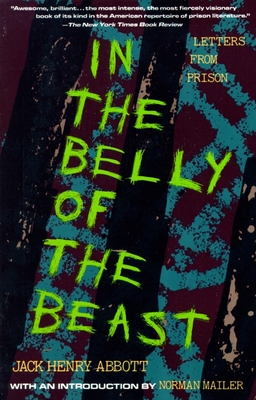 In the Belly of the Beast: Letters From Prison (Paperback)


Backordered
A visionary book in the repertoire of prison literature. When Normal Mailer was writing The Executioner's Song, he received a letter from Jack Henry Abbott, a convict, in which Abbott offered to educate him in the realities of life in a maximum security prison. This book organizes Abbott's by now classic letters to Mailer, which evoke his infernal vision of the prison nightmare.
Born in Michigan in 1944, Jack Henry Abbott spent most of his childhood in foster care and his teen years in various detention centers. While serving a long sentence for killing a fellow inmate, he wrote to Norman Mailer and offered to write a truthful depiction of life in prison. Mailer agreed, and with his help Abbott published In the Belly of the Beast. Abbott died in prison in 2002.