The Writing of Fiction (Paperback) 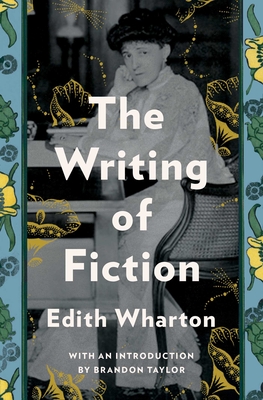 The Writing of Fiction (Paperback)


On Our Shelves Now at:
A rare work of nonfiction from Edith Wharton, The Writing of Fiction contains timeless advice on writing and reading well from the first woman ever to win a Pulitzer Prize—now with a new introduction by Brandon Taylor.

In 1921, Edith Wharton won a Pulitzer Prize for her first novel, The Age of Innocence. Over the course of her career, she would continue to produce beloved, bestselling work—from The House of Mirth to The Custom of the Country—and gained a reputation for her incisive critiques of her upper-class social circle. To each new generation of readers, her work remains fresh, formally remarkable, and endlessly entertaining.

The Writing of Fiction is a window into Wharton’s mind as she ponders the intertwined arts of writing and reading. Wharton provides invaluable insight on the subjects of character, the challenge of finely-tuned short stories, the construction of a novel, and more. Beyond a treatise on craft, The Writing of Fiction is a sweeping meditation by a masterful practitioner and a rare chance to experience the inimitable voice of one of America’s most influential novelists.
Edith Wharton (1862–1937) was an American novelist—the first woman to win a Pulitzer Prize for her novel The Age of Innocence in 1921—as well as a short story writer, playwright, designer, reporter, and poet. Her other works include Ethan Frome, The House of Mirth, and Roman Fever and Other Stories. Born into one of New York’s elite families, she drew upon her knowledge of upper-class aristocracy to realistically portray the lives and morals of the Gilded Age.
"There are only three or four American novelists who can be thought of as 'major'--and Edith Wharton is one."--Gore Vidal

"Edith Wharton is my favorite writer and her incisive indictments of the wealthy class she was a part of, are endlessly interesting to me."--Roxane Gay, Medium

"Edith Wharton was there before all of us; disdainful, imperious, brilliant foremother."--The Millions