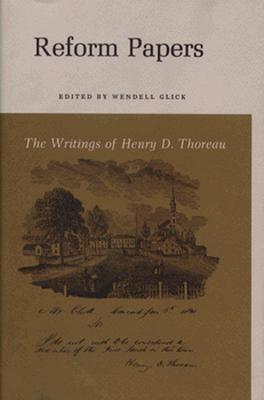 This is book number 3 in the Writings of Henry D. Thoreau series.

The selections from the polemical writings of Thoreau that make up Reform Papers represent every stage in his twenty-two years of active writing. Consequently, they are a microcosm of his literary career, allowing the reader to achieve a full sense of Thoreau's evolution as a writer and thinker. The volume opens with "The Service," one of the best examples of Thoreau's early style and interests, and contains ten other essays as well.