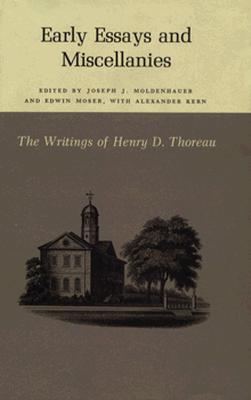 This is book number 5 in the Writings of Henry D. Thoreau series.

This collection of fifty-three early pieces by Thoreau represents the full range of his youthful imagination. Collected, arranged, and carefully edited for the first time here, the writings date from 1828 to 1852 and cover a broad range of subjects: learning, morals, literature, history, politics, and love. Included is a major essay on Sir Walter Raleigh that was not published during the author's lifetime and a fragmentary college piece here published for the first time. Titles of essays published in the volume are given below.