On the Wings of Time: Rome, the Incas, Spain, and Peru (Paperback) 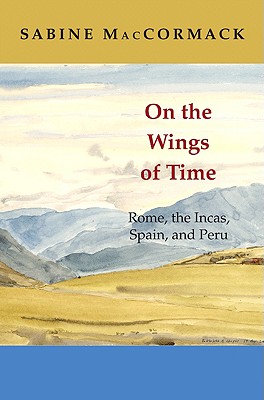 On the Wings of Time: Rome, the Incas, Spain, and Peru (Paperback)

Historians have long recognized that the classical heritage of ancient Rome contributed to the development of a vibrant society in Spanish South America, but was the impact a one-way street? Although the Spanish destruction of the Incan empire changed the Andes forever, the civil society that did emerge was not the result of Andeans and Creoles passively absorbing the wisdom of ancient Rome. Rather, Sabine MacCormack proposes that civil society was born of the intellectual endeavors that commenced with the invasion itself, as the invaders sought to understand an array of cultures. Looking at the sixteenth- and seventeenth-century people who wrote about the Andean region that became Peru, MacCormack reveals how the lens of Rome had a profound influence on Spanish understanding of the Incan empire.

Tracing the varied events that shaped Peru as a country, MacCormack shows how Roman and classical literature provided a framework for the construal of historical experience. She turns to issues vital to Latin American history, such as the role of language in conquest, the interpretation of civil war, and the founding of cities, to paint a dynamic picture of the genesis of renewed political life in the Andean region. Examining how missionaries, soldiers, native lords, and other writers employed classical concepts to forge new understandings of Peruvian society and history, the book offers a complete reassessment of the ways in which colonial Peru made the classical heritage uniquely its own.
Sabine MacCormack is Theodore Hesburgh Professor of Arts and Letters at the University of Notre Dame. Her books include Religion in the Andes: Vision and Imagination in Early Colonial Peru (Princeton).