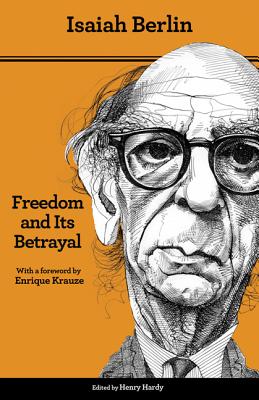 These celebrated lectures constitute one of Isaiah Berlin's most concise, accessible, and convincing presentations of his views on human freedom--views that later found expression in such famous works as "Two Concepts of Liberty" and were at the heart of his lifelong work on the Enlightenment and its critics. When they were broadcast on BBC radio in 1952, the lectures created a sensation and confirmed Berlin's reputation as an intellectual who could speak to the public in an appealing and compelling way. A recording of only one of the lectures has survived, but Henry Hardy has recreated them all here from BBC transcripts and Berlin's annotated drafts. Hardy has also added, as an appendix to this new edition, a revealing text of "Two Concepts" based on Berlin's earliest surviving drafts, which throws light on some of the issues raised by the essay. And, in a new foreword, historian Enrique Krauze traces the origin of Berlin's idea of negative freedom to his rejection of the notion that the creation of the State of Israel left Jews with only two choices: to emigrate to Israel or to renounce Jewish identity.

Isaiah Berlin (1909-1997) was one of the leading intellectual historians of the twentieth century and the founding president of Wolfson College, University of Oxford. His many books include The Hedgehog and the Fox, The Crooked Timber of Humanity, and The Roots of Romanticism (all Princeton).