The Jesuits: A History (Hardcover) 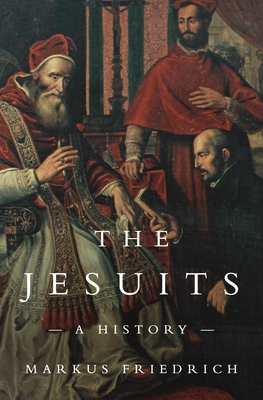 The Jesuits: A History (Hardcover)

Since its founding by Ignatius of Loyola in 1540, the Society of Jesus--more commonly known as the Jesuits--has played a critical role in the events of modern history. From the Counter-Reformation to the ascent of Francis I as the first Jesuit pope, The Jesuits presents an intimate look at one of the most important religious orders not only in the Catholic Church, but also the world. Markus Friedrich describes an organization that has deftly walked a tightrope between sacred and secular involvement and experienced difficulties during changing times, all while shaping cultural developments from pastoral care and spirituality to art, education, and science. Examining the Jesuits in the context of social, cultural, and world history, Friedrich sheds light on how the order shaped the culture of the Counter-Reformation and participated in the establishment of European empires, including missionary activity throughout Asia and in many parts of Africa in the sixteenth and seventeenth centuries. He also explores the place of Jesuits in the New World and addresses the issue of Jesuit slaveholders. The Jesuits often tangled with the Roman Curia and the pope, resulting in their suppression in 1773, but the order returned in 1814 to rise again to a powerful position of influence. Friedrich demonstrates that the Jesuit fathers were not a monolithic group and he considers the distinctive spiritual legacy inherited by Pope Francis. With its global scope and meticulous attention to archival sources and previous scholarship, The Jesuits illustrates the heterogeneous, varied, and contradictory perspectives of this famed religious organization.
Markus Friedrich is professor of early modern history at the University of Hamburg. His books include The Birth of the Archive. He lives in Hamburg, Germany.