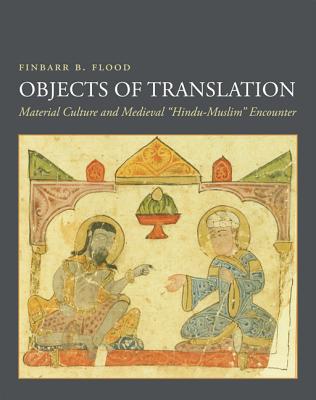 Objects of Translation offers a nuanced approach to the entanglements of medieval elites in the regions that today comprise Afghanistan, Pakistan, and north India. The book--which ranges in time from the early eighth to the early thirteenth centuries--challenges existing narratives that cast the period as one of enduring hostility between monolithic Hindu and Muslim cultures. These narratives of conflict have generally depended upon premodern texts for their understanding of the past. By contrast, this book considers the role of material culture and highlights how objects such as coins, dress, monuments, paintings, and sculptures mediated diverse modes of encounter during a critical but neglected period in South Asian history.

The book explores modes of circulation--among them looting, gifting, and trade--through which artisans and artifacts traveled, remapping cultural boundaries usually imagined as stable and static. It analyzes the relationship between mobility and practices of cultural translation, and the role of both in the emergence of complex transcultural identities. Among the subjects discussed are the rendering of Arabic sacred texts in Sanskrit on Indian coins, the adoption of Turko-Persian dress by Buddhist rulers, the work of Indian stone masons in Afghanistan, and the incorporation of carvings from Hindu and Jain temples in early Indian mosques. Objects of Translation draws upon contemporary theories of cosmopolitanism and globalization to argue for radically new approaches to the cultural geography of premodern South Asia and the Islamic world.
Finbarr Barry Flood is the William R. Kenan, Jr., Professor of the Humanities in the Department of Art History and the Institute of Fine Arts, and founder-director of Silsila: Center for Material Histories at New York University. His books include Piety and Politics in the Early Indian Mosque and The Great Mosque of Damascus.