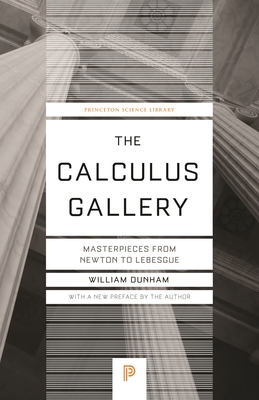 
Not On Our Shelves—Ships in 1-5 Days
More than three centuries after its creation, calculus remains a dazzling intellectual achievement and the gateway to higher mathematics. This book charts its growth and development by sampling from the work of some of its foremost practitioners, beginning with Isaac Newton and Gottfried Wilhelm Leibniz in the late seventeenth century and continuing to Henri Lebesgue at the dawn of the twentieth. Now with a new preface by the author, this book documents the evolution of calculus from a powerful but logically chaotic subject into one whose foundations are thorough, rigorous, and unflinching-a story of genius triumphing over some of the toughest, subtlest problems imaginable. In touring The Calculus Gallery, we can see how it all came to be.
William Dunham is a Research Associate in Mathematics at Bryn Mawr College. He is the author of Journey Through Genius: The Great Theorems of Mathematics, The Mathematical Universe, and Euler: The Master of Us All, and is a co-editor (along with Jerry Alexanderson and Don Albers) of The G.H. Hardy Reader. He received the Mathematical Association of America's George Polya, Trevor Evans, and Lester R. Ford awards, as well as its Beckenbach Prize for expository writing.