Calculus Reordered: A History of the Big Ideas (Paperback) 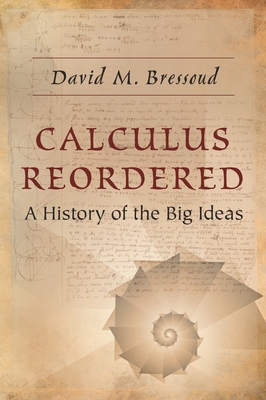 Calculus Reordered: A History of the Big Ideas (Paperback)

Calculus Reordered tells the remarkable story of how calculus grew over centuries into the subject we know today. David Bressoud explains why calculus is credited to seventeenth-century figures Isaac Newton and Gottfried Leibniz, how it was shaped by Italian philosophers such as Galileo Galilei, and how its current structure sprang from developments in the nineteenth century. Bressoud reveals problems with the standard ordering of its curriculum--limits, differentiation, integration, and series--and he argues that a pedagogy informed by the historical evolution of calculus represents a sounder way for students to learn this fascinating area of mathematics. From calculus's birth in the Hellenistic Eastern Mediterranean, India, and the Islamic Middle East, to its contemporary iteration, Calculus Reordered highlights the ways this essential tool of mathematics came to be.
David M. Bressoud is DeWitt Wallace Professor Emeritus at Macalester College and Director of the Conference Board of the Mathematical Sciences. His many books include Second Year Calculus. Twitter @dbressoud