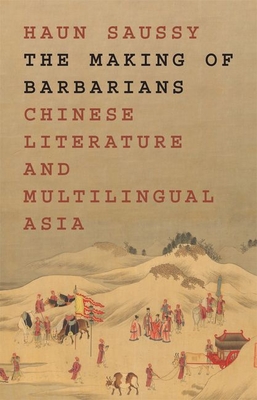 Debates on the canon, multiculturalism, and world literature often take Eurocentrism as the target of their critique. But literature is a universe with many centers, and one of them is China. The Making of Barbarians offers an account of world literature in which China, as center, produces its own margins. Here Sinologist and comparatist Haun Saussy investigates the meanings of literary translation, adaptation, and appropriation on the boundaries of China long before it came into sustained contact with the West. When scholars talk about comparative literature in Asia, they tend to focus on translation between European languages and Chinese, Korean, and Japanese, as practiced since about 1900. In contrast, Saussy focuses on the period before 1850, when the translation of foreign works into Chinese was rare because Chinese literary tradition overshadowed those around it. The Making of Barbarians looks closely at literary works that were translated into Chinese from foreign languages or resulted from contact with alien peoples. The book explores why translation was such an undervalued practice in premodern China, and how this vast and prestigious culture dealt with those outside it before a new group of foreigners--Europeans--appeared on the horizon.
Haun Saussy is University Professor at the University of Chicago and teaches in the Committee on Social Thought, the department of East Asian Languages and Civilizations, the department of Comparative Literature, and the College. His books include Translation as Citation: Zhuangzi Inside Out, The Ethnography of Rhythm: Orality and Its Technologies, and The Problem of a Chinese Aesthetic.