Neighbors: The Destruction of the Jewish Community in Jedwabne, Poland (Paperback) 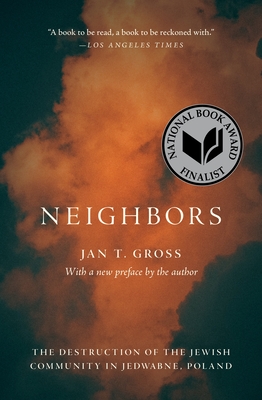 Neighbors: The Destruction of the Jewish Community in Jedwabne, Poland (Paperback)

On July 10, 1941, in Nazi-occupied Poland, half of the town of Jedwabne brutally murdered the other half: 1,600 men, women, and children--all but seven of the town's Jews. In this shocking and compelling classic of Holocaust history, Jan Gross reveals how Jedwabne's Jews were murdered not by faceless Nazis but by people who knew them well--their non-Jewish Polish neighbors. A previously untold story of the complicity of non-Germans in the extermination of the Jews, Neighbors shows how people victimized by the Nazis could at the same time victimize their Jewish fellow citizens. In a new preface, Gross reflects on the book's explosive international impact and the backlash it continues to provoke from right-wing Polish nationalists who still deny their ancestors' role in the destruction of the Jews.
Jan T. Gross is the Norman B. Tomlinson '16 and '48 Professor Emeritus of War and Society and professor emeritus of history at Princeton University. His books include Fear: Anti-Semitism in Poland after Auschwitz.