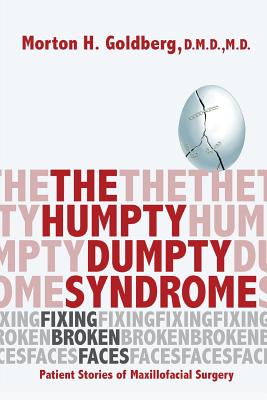 Early in his groundbreaking career as a maxillofacial surgeon, Dr. Morton Goldberg coined "The Humpty Dumpty Syndrome" to describe patients whose eggshell-thin facial bones had been damaged by trauma, disease, or malformation. The Humpty Dumpty Syndrome is his memoir of surgical adventures as he did what all the king's horses and all the king's men couldn't. He put people back together again.

His story begins in a dark, dusty basement at Harvard Medical School, where an epiphany launched a career that would endure feuding with the powers-that-be at Harvard Medical and Dental Schools, taming the madness at Bellevue Hospital, and experiencing successes--and failures--in the operating rooms of the University of Connecticut and Hartford Hospital. These patient-focused tales are peopled with professors and bowery derelicts, serial killers and clergy, motorcycle gangs and missionary doctors, and the Surgeon General. The nascent art of oral-maxillofacial surgery evolves from being dismissed, trivialized, and underutilized to being in the mainstream of American surgery, despite bitter opposition from dentists and other surgical specialities who vigorously defended their turf and their pocketbooks.