The Ethics of Exodus (Paperback) 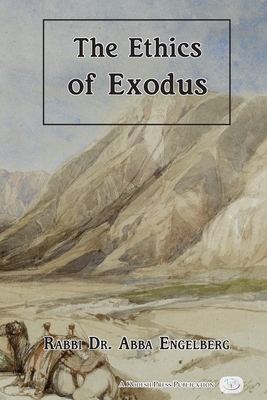 The Ethics of Exodus (Paperback)


Not On Our Shelves—Ships in 1-5 Days
(This book cannot be returned.)
The book of Exodus raises some ethical questions central to the Jewish faith. Too often, we learn these Biblical stories as children and never revisit them-or their ethical implications-once we have reached adulthood. In many cases, we realize that the explanations we learned in childhood call for further elucidation.Rabbi Dr. Abba Engelberg presents many traditional answers, explained in depth, as well as some original interpretations, to difficult ethical questions raised by the narrative of the book of Exodus, including: Can we understand Egyptian oppression as a forerunner to anti-Semitism?What does it mean that Pharaoh's heart was hardened? Is there an ethical problem in removing his free will?Did Jethro join the Jewish people out of righteousness or expediency? Do his motivations matter?What is the thematic relationship between the two halves of the Ten Commandments?Why do the interpersonal laws of Mishpatim precede the God-oriented laws of Terumah and Tetzaveh?Was Aaron's participation justified in the episode of the golden calf.