Yes, I Have Herpes: A Gynecologist's Perspective In and Out of the Stirrups (Paperback) 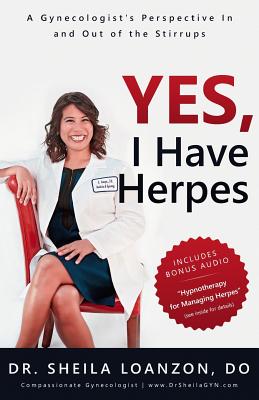 Yes, I Have Herpes: A Gynecologist's Perspective In and Out of the Stirrups (Paperback)


Not On Our Shelves—Ships in 1-5 Days
(This book cannot be returned.)
Yes, I Have Herpes is a phenomenal resource from a medical perspective. It dispels myths, shares facts, and provides physical and emotional treatments for patients who don't always get the education and information from their doctors. But just as important, Dr. Loanzon shares how she got herpes, how it's affected her relationships and self-esteem, and how it became a part of who she is and her journey toward enlightenment, love, and happier relationships.
Raised in San Jose, California Dr. Sheila Loanzon completed an undergraduate degree in Biochemistry at Vassar College in Poughkeepsie, New York in 2002. Shortly after graduation, she traveled as a Delegate to the International Mission on Medicine to China based on academic achievement, leadership ability, and dedication to the medical profession. During this short four-week course, Traditional Chinese Medicine taught the governing philosophy that the body is whole, intimately connected, and has the potential to cure its own diseases. Dr. Loanzon discovered that nontraditional medicine and Western medicine should exist side by side, as both have their advantages, and thus her interest in osteopathic medicine began. Dr. Loanzon graduated medical school in 2007 from Western University-College of Osteopathic Medicine of the Paci c in Pomona, California and completed an Obstetrics and Gynecology residency at Saint Francis Hospital in Evanston, Illinois, graduating as Chief Resident. In 2011, she joined a large multispecialty medical group performing complicated gynecologic surgeries as part of the select, minimally invasive surgical team, growing a full practice with beloved patients, and delivering care in the of ce and in Labor and Delivery. Her interest in obstetrics and gynecology melds intellectual challenge, con ned continuity of care, and comprehensive surgical and medical care for women from childbearing age through the postmenopausal years. Her goal is to provide tailored, effective medical attention to women in need.