Tour Mentality: Inside the Mind of a Tour Pro (Paperback) 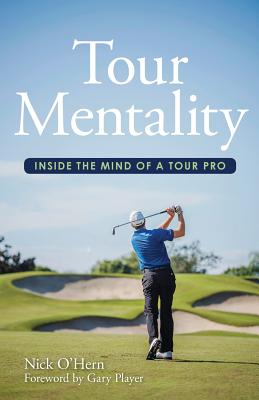 Tour Mentality: Inside the Mind of a Tour Pro (Paperback)

Ever wondered what tour pros are thinking? Every golfer out there wants to lower their scores and unlock the secret to the game. Now you can go inside the mind of a tour pro that lived, breathed, and played golf at the highest level. Learn from someone who couldn't break 80 to become the 16th best player in the world, and the only man to beat World No. 1 Tiger Woods twice in match play.

Nick O'Hern was a grinder on Tour extracting every ounce of ability from what he'd been given. Proving even if you aren't the most physically gifted golfer, you can still compete with anyone if you're mentally tough. That's the secret that allowed him to forge a successful career in a sport that's one of the toughest to do so, and it's the secret he offers in these pages.

What's your pre-shot routine? How do you prepare for your next round of golf? How should you practice and how do you beat first-tee nerves? These are just some of the questions he answers to bring you inside the mind of a tour pro and learn the Tour Mentality.

Nick O'Hern is a native of Perth, Australia. He spent two decades playing professional golf across the globe at the highest level. From his early days on the PGA Tour of Australasia, he went on to a successful career on the European Tour before heading to the United States to compete on the PGA Tour for nine years. O'Hern represented Australia at two World Cups and was a member of the International team at two Presidents Cups. He is the only man to have beaten Tiger Woods twice in the World Match Play Championship. O'Hern now lives in Orlando, Florida, with his wife, Alana, and daughters, Riley and Halle.