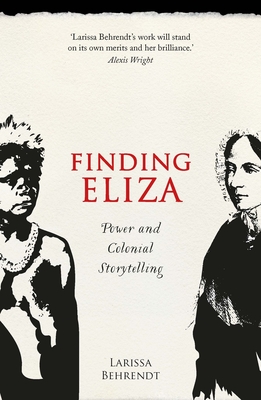 
Not On Our Shelves—Ships in 1-5 Days
A vital Aboriginal perspective on colonial storytelling Indigenous lawyer and writer Larissa Behrendt has long been fascinated by the story of Eliza Fraser, who was purportedly captured by the local Butchulla people after she was shipwrecked on their island in 1836. In this deeply personal book, Behrendt uses Eliza’s tale as a starting point to interrogate how Aboriginal people – and indigenous people of other countries – have been portrayed in their colonizers’ stories. Citing works as diverse as Robinson Crusoe and Coonardoo, she explores the tropes in these accounts, such as the supposed promiscuity of Aboriginal women, the Europeans’ fixation on cannibalism, and the myth of the noble savage. Ultimately, Behrendt shows how these stories not only reflect the values of their storytellers but also reinforce those values – which in Australia led to the dispossession of Aboriginal people and the laws enforced against them.
Larissa Behrendt is Professor of Indigenous Research and Director of Research at the Jumbunna Indigenous House of Learning at the University of Technology, Sydney. She is a regular columnist for The Guardian and has published numerous textbooks on Indigenous legal issues. She is also the author of two novels: Home, which won the 2002 David Unaipon Award and the 2005 Commonwealth Writers’ Prize for Best First Book (South-East Asia and South Pacific); and Legacy, which won the 2010 Victorian Premier’s Literary Award for Indigenous Writing. She is the Ambassador of the Guwara Aboriginal Campus at St. Andrew’s Cathedral School in Sydney and a board member of the Sydney Story Factory, a literacy program in Redfern. She was awarded the 2009 NAIDOC Person of the Year award and 2011 NSW Australian of the Year.