The Archaeology of Greek and Roman Slavery (Hardcover) 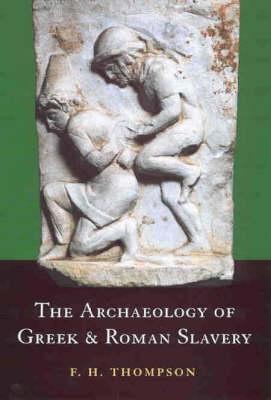 The Archaeology of Greek and Roman Slavery (Hardcover)

Slavery is a word heavy with emotional and political overtones - to be owned by another person and treated as a commodity is the ultimate injustice. But this was the fate of a substantial percentage of the population of the ancient world. Slavery was essential to their societies; thus slavery is necessarily a core topic in the study of classical civilisation. Most previous studies of ancient slavery have grown out of historical and literary research. In the flood of books and papers on the subject, the archaeological evidence has often been ignored. This book fills the gap by confronting, for the first time, the archaeological evidence for slavery.This evidence is used to build up a picture of rich complexity, drawing both on historical sources or inscriptions and on archaeological studies of the development of technology and the economy. The book covers topics as diverse as the source of slaves, the nature of the slave trade, and the use of slave-labour in agriculture, mines and quarries, corn and weaving mills, and water-lifting. It concludes with chapters on restraint and slave revolts.This comprehensive and masterful book will be used both as a source of evidence and as a starting point for future research but by anyone studying the topic of slavery in any age.

Hugh Thompson's interest in slavery was first inspired by his excavation of the Iron Age hill-fort at Bigberry near Canterbury in 1978-80. Later he participated in international expeditions to the slave-worked Roman quarries in Egypt's eastern desert. A study tour in search of slavery evidence took him all over Europe and the Mediterranean and ultimately led him to write this book. He died in 1995, aged 72. Ralph Jackson, who has written the Epilogue, is Curator of the Romano-British collections at the British Museum.