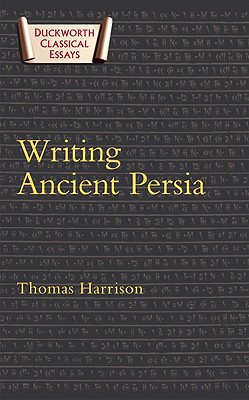 This is a critique of this new Achaemenid historiography, concentrating on the difficulties of using Greek sources for the writing of Persian history. The history of Achaemenid Persia - the empire of Cyrus the Great, Darius and Xerxes - has largely been rewritten in the last thirty years by an international group of scholars. Inspired by new sources of information, and by a determination to see Persia in its own terms, historians have created a powerful new image of the Persian Empire: tightly organised and resilient, tolerant towards the religions and cultures of its subject peoples, and with kings and queens whose concerns were pragmatic rather than whimsically despotic.

It argues that excising Greek bias (if it is possible at all) should be seen to be a much more complex procedure. The book examines two themes in detail: the representation of the Kings and Queens (in Greek sources and in recent histories of Persia), and the accounts given of the Persian Wars and the conquests of Alexander. Persian evidence points to a significantly less rosy image of Persian imperialism. And past writers on Achaemenid Persia, far from rejecting it as the mirror image and enemy of the Greeks, frequently traced its influence on the classical Greco-Roman world, and identified strongly with Persia as a model.
Thomas Harrison is Professor of Ancient History at the University of St Andrews, UK. His publications includeDivinity and History: the religion of Herodotus (2000), The Emptiness of Asia: Aeschylus' Persians and the history of the fifth century (2000), and (as editor) Greeks and Barbarians (2002) and the Edinburgh Companion to Ancient Greece and Rome (2006).