Before The Beginning: Our Universe And Others (Paperback) 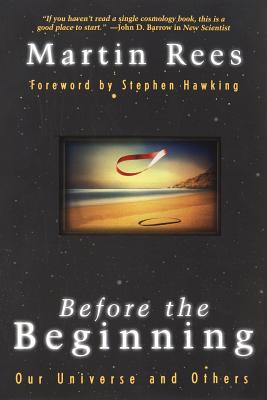 Before The Beginning: Our Universe And Others (Paperback)


Not On Our Shelves—Ships in 1-5 Days
In this landmark book, one of the twentieth century's greatest astronomers presents scientific evidence that our vast universe may be only a grain of sand on the infinite cosmic shore.It is now widely accepted that our universe exploded around 15 billion years ago from an unimaginably energetic initial event: the big bang. As the primordial material expanded and cooled, it evolved into the exquisite patterns of stars and galaxies we now observe. The mix of energy and radiation that characterizes our universe was imprinted in that initial instant—as were the binding forces of nuclear physics and gravity that controlled our universe's evolution.The experimental triumphs and theoretical insights of recent years—from the detection of neutrinos from exploding stars to the search for extraterrestrial life—offer the most dramatic enlargement in our concept of the universe since astronomers first realized the sun's true place among the stars. In this illuminating work, Sir Martin Rees, Britain's Astronomer Royal and one of the most creative and original of contemporary scientists, draws these advances together with up-to-the-minute research on black holes, dark matter, and nucleosynthesis of the elements. He also sheds light on some of the personalities behind the science, offering first-hand impressions of Subrahmanyan Chandrasekhar, Stephen Hawking, John Archibald Wheeler, and Fred Hoyle, among others.With stunning clarity, Professor Rees argues that a family—even an infinity—of universes may have been created, each by its own big bang, and each acquiring a distinctive imprint and its own laws of physics. These baby universes will either live out their immense cosmic cycle, or die because those laws do not allow them to achieve longevity.Our ”home universe,” then, is just one element in a cosmic archipelago where impassable barriers prohibit communication between the islands. But, as Rees demonstrates, our universe is an exceptional member of this infinite ensemble, for it is still near the beginning of a fascinating evolutionary process that will end either in the heat-death of external expansion, or in what scientists call a ”big crunch.” Most remarkable of all, our universe contains creatures able to observe it. The multi-universe revolution in cosmological thought limned by Rees casts a piercing light on man's place in the cosmos, and argues that the conditions permitting the evolution of life stand on the razor's edge between a dead universe and one filled with living beings.
Matrin Rees is a leading researcher on cosmic evolution, black holes, and galaxies. He has himself originated many key ideas, and brings a unique perspective to themes discussed in this book. He is currently a Royal Society Research Professor, and Great Britain's Astronomer Royal. Through based in Cambridge University for most of his career, he travels extensively, and collaborates wit many colleagues in the U.S. and elsewhere. He is an enthusiast for international collaboration in research, and is a member of several foreign academies.