Politics and Religion in the United States and France (Hardcover) 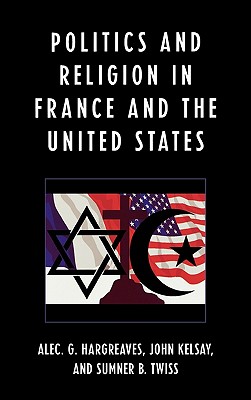 Politics and Religion in the United States and France (Hardcover)


Special Order—Subject to Availability
Religion and Politics in France and the United States compares the current status and views of Jews, Christians, and Muslims regarding political life in two states. Longstanding traditions of laicite and of constitutional law frame discussions of political speech, voting patterns, and attempts to deal with demographic and cultural shifts characteristic of French and American societies. Papers by leading scholars demonstrate the ways that historical experience sheds light on current events; how it is, for example, that previous efforts to deal with religious difference affect current approaches to the display of religious symbols in state schools, or how the struggles of minority groups for recognition affect voting patterns. One question running throughout the volume is, what can French and American policymakers and citizens learn from one another, as they seek to deal with the challenges presented by contemporary life? This book is suitable for advanced undergraduate and graduate students.
Alec G. Hargreaves is director of the Winthrop-King Institute for Contemporary French and Francophone Studies at Florida State University. John Kelsay is distinguished research professor and Richard L. Rubinstein Professor of Religion at Florida State University. Sumner B. Twiss is distinguished professor of human rights, ethics, and religion at Florida State University, and professor emeritus of religious studies at Brown University.