Breaking the Ice: From Land Claims to Tribal Sovereignty in the Arctic (Hardcover) 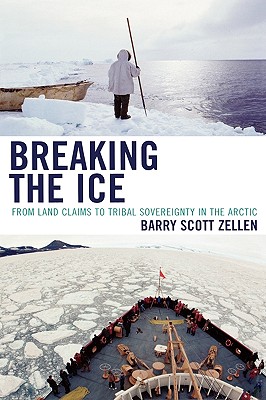 Breaking the Ice: From Land Claims to Tribal Sovereignty in the Arctic (Hardcover)


Not On Our Shelves—Ships in 1-5 Days
Breaking the Ice is a comparative study of the movement for native land claims and indigenous rights in Alaska and the Western Arctic, and the resulting transformation in domestic politics as the indigenous peoples of the North gained an increasingly prominent role in the governance of their homeland. This work is based on field research conducted by the author during his nine-year residency in the Western Arctic. Zellen discusses the major conflicts facing Alaskan Natives, from the struggle to regain control over their land claims to the Native alienation from the corporate structure and culture and the resulting resurgence in tribalism. He shows that while the forces of modernism and traditionalism continued to clash, these conflicts were mediated by the structures of co-management, corporate development, and self-government created by the region's comprehensive land claims settlements. Breaking the Ice gives testimony to the achievements of Alaskan Natives through peaceful negotiation, and argues that the age of land claims has transmuted this same tribal force into something else altogether in the North: a peaceful force to spawn the emergence of new structures of Aboriginal self-governance.
Barry Zellen is deputy editor, Strategic Insights, and research director of the Arctic security project at the Center for Contemporary Conflict.