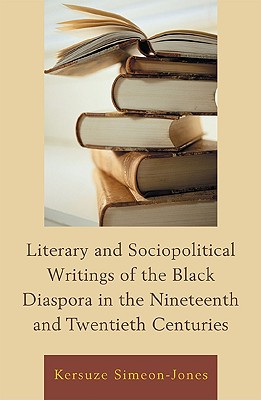 
Not On Our Shelves—Ships in 1-5 Days
Literary and Sociopolitical Writings of the Black Diaspora in the Nineteenth and Twentieth Centuries traces the historiography of literary and sociopolitical movements of the Black Diaspora in the writings of key political figures. It comparatively and dialogically examines such movements as Pan-Africanism, Garveyism, Indig nisme, New Negro Renaissance, N gritude, and Afrocriollo. To study the key ideologies that emerged as collective black thought within the Diaspora, particular attention is given to the philosophies of Black Nationalism, Black Internationalism, and Universal Humanism. Each leader and writer helped establish new dimensions to evolving movements; thus, the text discerns the temporal, spatial, and conceptual development of each literary and sociopolitical movement. To probe the comparative and transnational trajectories of the movements while concurrently examining the geopolitical distinctions, the text focuses on leaders who psychologically, culturally, and/or physically traveled throughout Africa, the Americas, and Europe, and whose ideas were disseminated and influenced a number of contemporaries and successors. Such approach dismantles geographic, language, and generation barriers, for a comprehensive analysis. Indeed, it was through the works transmitted from one generation to the next that leaders learned the lessons of history, particularly the lessons of organizational strategies, which are indispensable to sustained and successful liberation movements.
Kersuze Simeon-Jones teaches Francophone and Black Diasporic studies in the World Languages Department and the Africana Studies Department at the University of South Florida.