Volatile Social Movements and the Origins of Terrorism: The Radicalization of Change (Hardcover) 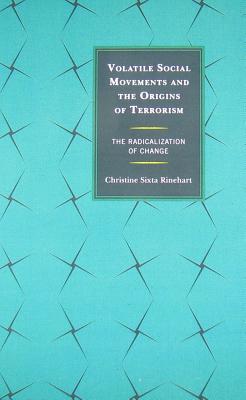 Volatile Social Movements and the Origins of Terrorism: The Radicalization of Change (Hardcover)


Not On Our Shelves—Ships in 1-5 Days
Although many scholars have studied terrorism, few scholars have ever studied terrorism from the aspect of its initial origins in social movements. Not only is research concerning this phenomenon outdated, but there has also been no consensus as to what causes terrorism. Many contemporary terrorist organizations were once social movements that formed for a specific purpose using nonviolent tactics to accomplish their agenda. Eventually, terrorist tactics became the method of choice for these once peaceful social movements. Volatile Social Movements and the Origins of Terrorism: The Radicalization of Change, by Christine Sixta Rinehart, focuses on why this transition occurred; why did a peaceful social movement transition to a terrorist organization? The case studies in this book include the Muslim Brotherhood, the ETA, the FARC, and the LTTE. The study focuses on the individual characteristics, group dynamics, and external forces that caused social movements to use terrorist tactics. It is ascertained who made the decision to use terrorism, and why and how that person or group of people ascended to a leadership position within the social movement. After the (person) people, time, and place are found pertaining to the first decision to use terrorism, Sixta Rinehart examines why terrorism became an attractive option for each social movement. Volatile Social Movements and the Origins of Terrorism asks a necessary question for scholars and researchers in counterterrorism and international policy: Under what conditions do social movements resort to the use of terrorist tactics?
Christine Sixta Rinehart is an assistant adjunct professor of women's and gender studies at the University of South Carolina.