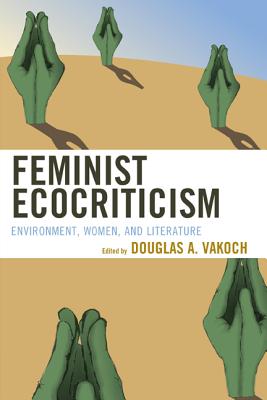 
Not On Our Shelves—Ships in 1-5 Days
Feminist Ecocriticism examines the interplay of women and nature as seen through literary theory and criticism, drawing on insights from such diverse fields as chaos theory and psychoanalysis, while examining genres ranging from nineteenth-century sentimental literature to contemporary science fiction. The book explores the central claim of ecofeminism-that there is a connection between environmental degradation and the subordination of women-with the goal of identifying and fostering liberatory alternatives. Feminist Ecocriticism analyzes the work of such diverse women writers as Rachel Carson, Barbara Kingsolver, Ursula K. Le Guin, and Mary Shelley. By including chapters from a comparable number of women and men, this book dispels the notion that ecofeminism is relevant to and used by only female scholars. After uncovering the oppressive dichotomies of male/female and nature/culture that underlie contemporary environmental problems, Feminist Ecocriticism focuses specifically on emancipatory strategies employed by ecofeminist literary critics as antidotes, asking what our lives might be like as those strategies become increasingly successful in overcoming oppression. Thus, ecofeminism is not limited to the critique of literature, but also helps identify and articulate liberatory ideals that can be actualized in the real world, in the process transforming everyday life. Providing an alternative to rugged individualism, for example, ecofeminist literature promotes a more fulfilling sense of interrelationship with both community and the land. In the process of exploring literature from ecofeminist perspectives, the book reveals strategies of emancipation that have already begun to give rise to more hopeful ecological narratives. Feminist Ecocriticism provides a novel integration of two important strands of contemporary literary criticism that have often failed to make contact: feminist criticism and ecocriticism. The openness of both feminist criticism and ecocriticism to multiple, even incompatible perspectives, without the insistence on unitary definitions of their fields, has given rise to a new hybrid discipline: feminist ecocriticism.
Douglas A. Vakoch is Professor of Clinical Psychology at the California Institute of Integral Studies, as well as Director of Interstellar Message Composition at the SETI Institute. Vakoch is the general editor for Lexington Books' Ecocritical Theory and Practice series, as well as for Berghahn Books' Ecofeminist Theory and Practice series.