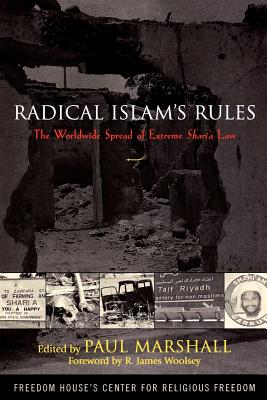 
Not On Our Shelves—Ships in 1-5 Days
A major feature of the rise of Islamism in the Middle East, Asia, Africa and parts of the West is the rapid growth of a starkly repressive version of Islamic shari'a law, often fueled by funds and support from Saudi Arabia. The central purpose of Islamists, including terrorists, is to impose such law in all Muslim lands, and then throughout the world in a new Caliphate. Despite its importance, this worldwide growth of extreme shari'a is under-documented and little understood. By a comparative study over the last twenty-five years of Saudi Arabia, Iran, Pakistan, Sudan, Nigeria, Malaysia, and Indonesia, this book shows its terrible effects on human rights, especially the status of women and religious freedom, of Muslims as well as religious minorities, and on democracy itself. It also shows that such laws are a direct threat to the American interest of advancing democracy and human rights, that the United States lacks a policy for dealing with the spread of extreme shari'a, and concludes with policy recommendations for the United States regarding specific countries confronting extreme shari'a.
Paul Marshall is senior fellow at the Center for Religious Freedom, Freedom House. He has lectured worldwide and is general editor of Religious Freedom in the World: A Global Report on Freedom and Persecution. He is the author and editor of 15 other books on religion and politics, including the best-selling and award-winning Their Blood Cries Out, and Islam at the Crossroads and God and the Constitution, both published in 2002. Dr. Marshall has published many scholarly and popular articles and his writings have been translated into Russian, German, Dutch, Spanish, Portuguese, Japanese, Malay, Korean, Arabic, and Chinese. He currently resides in Washington, D.C.