Freedom of the Press: A Global Survey of Media Independence (Hardcover) 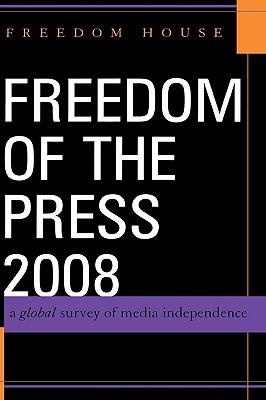 Freedom of the Press: A Global Survey of Media Independence (Hardcover)


Not On Our Shelves—Ships in 1-5 Days
Freedom House's annual press freedom index, now covering 195 countries and territories, has tracked trends in media freedom worldwide since 1980. Featuring an overview of the state of press freedom from senior researcher and editor Karin Deutsch Karlekar, Freedom of the Press 2008 provides comparative rankings and examines the legal environment for the media, political pressures that influence reporting, and economic factors that affect access to information. The survey is the most authoritative assessment of media freedom around the world. Its findings are widely utilized by policymakers, scholars, press freedom advocates, journalists, and international institutions.
Freedom House is a nonprofit, nonpartisan organization that supports democratic change, monitors freedom, and advocates for democracy and human rights.