Sex and the City: Kiss and Tell (Paperback) 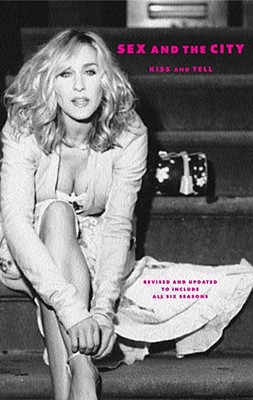 Sex and the City: Kiss and Tell (Paperback)


Not On Our Shelves—Ships in 1-5 Days
After six wildly successful and critically acclaimed season, HBO's Sex and the City lowered its curtain with an extraordinary finale befitting its remarkable run. Now Sex and the City, the first true comedy about sex and love from a female point of view (and the show that made cosmopolitans and designer shoes part of every single woman's night out), lives on in this luscious, uniquely entertaining, and one-of-a-kind book.
Sex and the City: Kiss and Tell, the official companion book, celebrates the show with behind-the-scenes stories on all six seasons and original interview with each of the primary actors. Ever wonder which designer made that outrageous outfit of Carrie's? What real-life stories inspired those shocking episodes? How many dates the fabulous foursome have really been on? Packed with over 750 full-color photographs, this stunning volume will answer all these questions and more with information not available anywhere eels. Topped off with a introduction by Sarah Jessica Parker, Sex and the City: Kiss and Tell will excite anyone who has experienced even the slightest flirtation with the sexiest, funniest show on television.
Amy Sohn’s novels include Prospect Park West, Motherland, The Actress, and The Man Who Hated Women. Her articles have appeared in New York, Harper’s Bazaar, Playboy, and The Nation. She lives in Brooklyn with her family.