I Am A Revolutionary: Fred Hampton Speaks (Black Critique) (Hardcover) 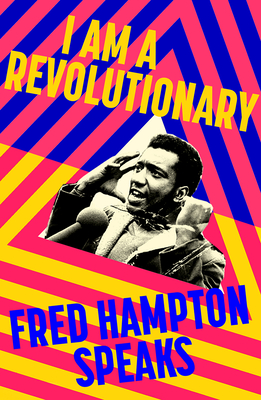 I Am A Revolutionary: Fred Hampton Speaks (Black Critique) (Hardcover)

Fred Hampton was one of the most promising Black radical leaders of the 20th century. As Deputy Chairman of the Black Panthers, his speeches reverberated through Chicago and across America during the movement for Black liberation in the 1960s. But his talents brought him to the attention of the FBI, who assassinated him at his home, aged only 21.

This is the first time these breathtaking speeches have appeared in print. Hampton’s deeply radical rhetoric leaps from the page, showcasing his unique ability to weave together the dual oppressions of race and class with flair, and foregrounding his commitment to the solidarity of revolutionary internationalism.

Fred Hampton (1948-1969) was Deputy Chairman of the Black Panther Party and Chairman of the Chicago chapter. He founded the Rainbow Coalition, a multicultural political organisation that included the Panthers, the working-class Young Patriots, the (Latino) Young Lords and Chicago street gangs, to help work for social change. He was assassinated by the Chicago Police Department and the FBI, aged only 21.

Fred Hampton Jr. is the president and chairman of the Prisoners of Conscience Committee and the Black Panther Party Cubs.

Bedour Alagraa is Assistant Professor of Political and Social Thought in the Department of African and African Diaspora Studies at the University of Texas at Austin.