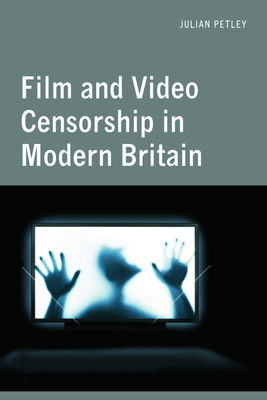 
Special Order—Subject to Availability
How does film and video censorship operate in Britain? Why does it exist? And is too strict? Starting in 1979, the birth of the domestic video industry - and the first year of the Thatcher government - this critical study explains how the censorship of films both in cinemas and on video and DVD has developed in Britain. As well as presenting a detailed analysis of the workings of the British Board of Film Classification, Petley casts his gaze well beyond the BBFC to analyse the forces which the Board has to take into account when classifying and censoring. These range from laws such as the Video Recordings Act and Obscene Publications Act, and how these are enforced by the police and Crown Prosecution Service and interpreted by the courts, to government policy on matters such as pornography. In discussing a climate heavily coloured by 30 years of lurid 'video nasty' stories propagated by a press which is at once censorious and sensationalist and which has played a key role in bringing about and legitimating one of the strictest systems of film and video/DVD censorship in Europe, this book is notable for the breadth of its contextual analysis, its critical stance and its suggestions for reform of the present system.Key features include: * Detailed case studies of individual instances of censorship, including Last House on the Left, sex videos in the R18 category, and press-inspired campaigns against films such as Child's Play 3 and Crash.* Interviews with central figures* The author's own contemporaneous reports on key moments in the censorship process.
Julian Petley is Professor of Screen Media and Journalism in the School of Arts at Brunel University, Chair of the Campaign for Press and Broadcasting Freedom, a member of the board of Index on Censorship, and co-principal editor of the Journal of British Cinema and Television. His most recent publications are Freedom of the Word (2007), Freedom of the Moving Image (co-written with Philip French, 2008) and Censorship: a Beginner's Guide (2009).