Murder on the Minnesota (Paperback) 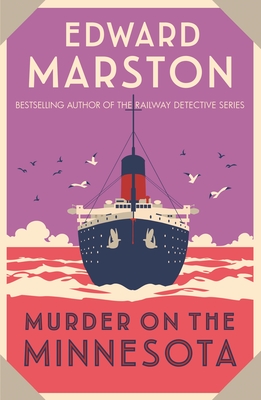 Murder on the Minnesota (Paperback)

New York, 1908. Private detectives George Dillman and Genevieve Masefield plan to take a break from work upon the Cunard Line's fleet with the offer of employment upon the Minnesota, a freighter and passenger vessel, which is bound for the Far East.

Although the pair are investigating the possibility of a smuggling operation on the route, at first all appears to be smooth sailing, but the voyage takes a dire turn when a fiery Catholic missionary is murdered and it proves to be the first in a series of crimes that plague the crossing. Previously published under the name Conrad Allen, the Ocean Liner series sets sail for a new generation of readers.
Edward Marston has written over a hundred books across many series. They range from the era of the Domesday Book to the Home Front during WWI, via Elizabethan theatre and the Regency period. He is best known for the hugely successful Railway Detective series set during Queen Victoria's reign.