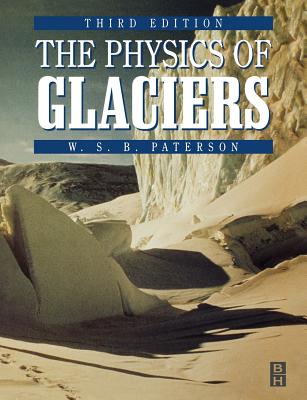 
Special Order—Subject to Availability
(This book cannot be returned.)
Explains the physical principles underlying the behaviour of glaciers and ice sheets and concludes with a chapter on the information about past climate and atmospheric composition obtainable from ice cores. The past 40 years have seen major advances in most aspects of the subject; the book concentrates on these. It is an updated and expanded version of the second edition, and is now available in the long-awaited paperback format. Much of the book deals with developments since the second edition was published. Dr Paterson's introduction to glacier studies was with the British North Greenland Expedition in 1953-4. He emigrated to Canada in 1957 and between 1959 and 1980 studied glaciers in the Canadian Arctic and the Rocky Mountains, mainly under the auspices of the Canadian Government's Polar Continental Shelf Project. Since 1980 he has done consulting work and has also been a visiting scientist with the Geophysics Department at the University of Copenhagen (three times) and with the Australian Antarctic Division. He has also given a comprehensive lecture course at the Institute of Glaciology and Geocryology in Lanzhou, China. He is now retired (more or less) and lives in British Columbia.