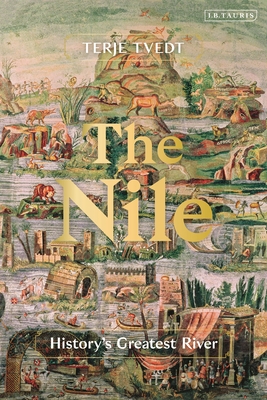 
On Our Shelves Now at:
The greatest river in the world has a long and fascinating history. Professor Terje Tvedt, one of the world's leading experts on the history of waterways, travels upstream along the river's mouth to its sources. The result is a travelogue through 5000 years and 11 countries, from the Mediterranean to Central Africa. This is the fascinating story of the immense economic, political and mythical significance of the river. Brimming with accounts of central characters in the struggle for the Nile - from Caesar and Cleopatra, to Churchill and Mussolini, and on to the political leaders of today, The Nile is also the story of water as it nourished a civilization.
Terje Tvedt is Professor of Geography at the University of Bergen and Professor of Political Science and of Global History at the University of Oslo, Norway. He has published extensively on water related topics and presented three successful television documentaries on water, shown in 150 countries worldwide. He is the Series Editor of the pioneering History of Water Series, published by I.B.Tauris.