The Kwagh-hir Theater: A Weapon for Social Action (Paperback) 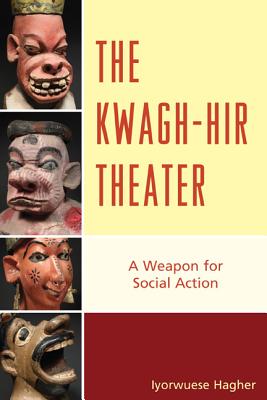 The Kwagh-hir Theater: A Weapon for Social Action (Paperback)


Not On Our Shelves—Ships in 1-5 Days
The Kwagh-hir Theater: A Weapon for Social Action represents a significant milestone in the documentation and theorization of non-Western theater. The book describes how the Tiv people of Nigeria used their indigenous theater to fight against British colonialism and oppression by dominant groups in Nigeria. It celebrates the power of the theater to give voice to the voiceless and to become a catalyst for positive change.
Iyorwuese Hagher is a professor of theater and drama and former chair of the Department of Theater and Communications Arts at the University of Jos. A scholar, diplomat, and activist, he was Nigeria's ambassador to Mexico, the high commissioner to Canada, and a former Nigerian senator and minister. He is also a playwright, poet, and the founder and head of the African Leadership Institute in Dayton, Ohio.