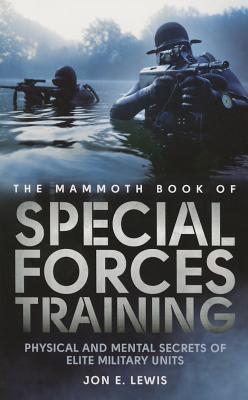 
Not On Our Shelves—Ships in 1-5 Days
What does it take, both physically and mentally, to join the world's most respected -- and feared -- military units? Lewis looks at the origins, training, tactics, weapons, and achievements of regiments such as Britain's SAS and Paratroopers, the US Navy SEALS, Delta Force, Army Rangers and Green Berets, Russia's Spetsnaz, and the Israeli Special Forces, as well as the codes that bind their members together. He looks at training in everything from wilderness survival to hand-to-hand combat.
Jon E. Lewis is a writer and historian. His many previous books include bestsellers The Mammoth Book of the West, The Mammoth Book of True War Stories, and World War II: The Autobiography. He lives in Herefordshire, England.