So Few of Me (Hardcover) 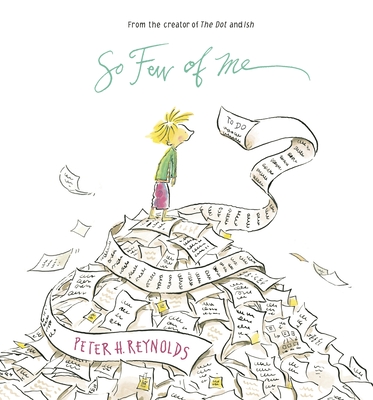 So Few of Me (Hardcover)

Leo's list of things to do keeps growing, until one day he wishes, "If only there were two of me." Just as the words are out of his mouth, poof! Another Leo appears! Two Leos become three, three become four, and four become more . . . but Leo can't help but notice that he has even more to do than before. As he struggles to deal with his overcomplicated life, Leo realizes that there may be a simpler solution to his overscheduling woes. Peter H. Reynolds, the award-winning author-illustrator of The Dot and Ish, returns with an important message for readers of all ages: stop and take a little time to dream.
Peter H. Reynolds is the illustrator of the best-selling Judy Moody series and the author-illustrator of the Christopher Award-winning The Dot and its companion, Ish. He is also the president and creative director of FableVision Studios. He lives in Dedham, Massachusetts.