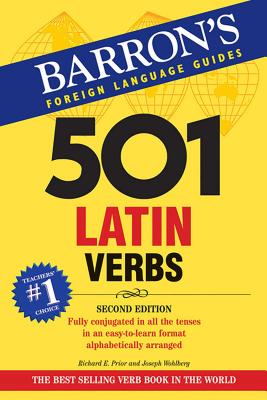 By Richard E. Prior, Joesph Wohlberg


Special Order—Subject to Availability
Learning Latin is easy with Barron’s 501 Latin Verbs. The authors provide clear, easy-to-use review of the most important and commonly used verbs from the Latin language. Each verb is listed alphabetically in easy-to-follow chart form—one verb per page with its English translation.

This comprehensive verb guide is ideal for Latin students or anyone interested in learning Latin. It includes:

Joseph Wohlberg received his undergraduate and masters degrees from City College of New York, where he was professor of Greek and Latin as well as classical literature.