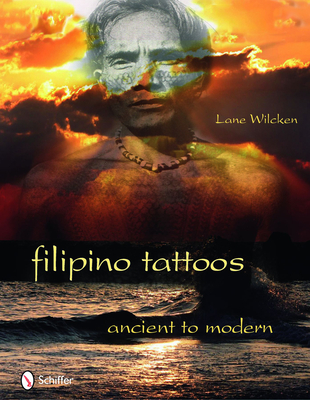 
Not On Our Shelves—Ships in 1-5 Days
Tattooing is a very old and spiritually respected art form that has existed in many different cultures around the world. After many centuries of not being practiced in Europe, tattooing was re-introduced to the Western world through the inhabitants of the Pacific Ocean. Beginnning in the 16th century, European explorers came across many people who practiced tattooing as an integral part of their cultures. This is the first serious study of Filipino tattoos, and it considers early accounts from explorers and Spanish-speaking writers. The text presents Filipino cultural practices connected with ancestral and spiritual aspects of tattoo markings, and how they relate to the process and tools used to make the marks. In the Philippine Islands, tatoos were applied to men and women for many different reasons. It became a form of clothing. Certain designs recognized manhood and personal accomplishments as well as attractiveness, fertility, and continuity of the family or village. Facial tattoos occurred on the bravest warriors with names that denoted particular honor. Through the fascinating text and over 200 images, including color photographs and design drawings, the deep meanings and importance of these markings becomes apparent.
Lane Wilcken has been researching the indigenous past of the Philippines and the Pacific Islands for nearly two decades, incorporating oral traditions, written history, linguistics, and personal experience. His ancestral ties to this work continue to motivate his research. He lives in Las Vegas, Nevada.