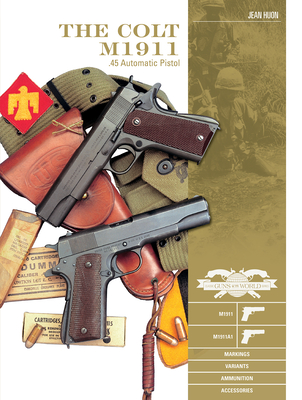 
Not On Our Shelves—Ships in 1-5 Days
The Colt M1911 is one of the most well-known and popular military weapons of the 20th century. Designed by John Browning, this pistol, with its legendary reliability and firepower, represents the developmental starting point of a majority of automatic pistols to this day. It was the standard-issue sidearm of the US armed forces for more than 70 years and is still in use throughout the world. This detailed, illustrated book features the M1911 from its initial design, manufacturing, and testing, through its combat use in WWI, WWII, Korea, and Vietnam. Through more than 370 images, this title includes close-up views of markings, as well as a serial numbers list, and a visual breakdown of the weapon. Accessories such as magazines, ammunition, holsters, and cleaning kits are featured throughout the book, as are rarely seen combat-related uniform and equipment items.
Luc Guillou is a writer and editor for REGI ARM publishing in Paris, France. He has written extensively on historic and modern weaponry.