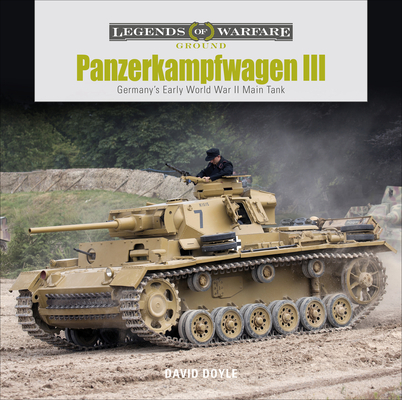 This is book number 19 in the Legends of Warfare: Ground series.

The Panzerkampfwagen III, or Panzer III as it is more commonly known, was a fixture in German armor formations during WWII. Initially developed to combat armored vehicles, in time the type evolved into an infantry support tank. Although production of the Panzer III ended in 1943, the type remained in service through the end of the war. Through over 160 photos, this volume chronicles the design, development, and deployment of this ubiquitous German tank. This material is arranged in nine chapters, each focusing on a specific production model, or Ausfr ng, of the tank. Comprehensive tables reveal the details of the performance and technical specifications of each variant. A concise, easy-to-read text and detailed captions expose the secrets of this iconic tank.