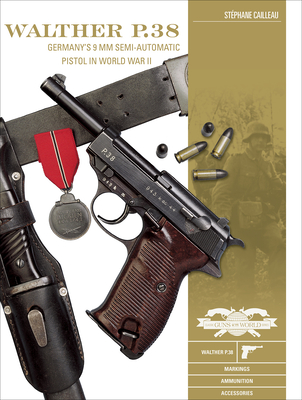 
Not On Our Shelves—Ships in 1-5 Days
Adopted by the German Wehrmacht at the end of 1939, more than 1.2 million P.38s were manufactured up to 1945. Designed by the Walther company from its civilian model PP, it was the first double-action military pistol. Its robustness and simplicity of manufacture made it a worthy successor to the legendary P.08 Luger in the Second World War. This illustrated book presents the design, manufacturing, and development of the various models, from initial acceptance by the German military in 1938 through their production and use from 1939 to 1945. Includes close-up views of markings and other details, as well as a visual breakdown of the weapon. Accessories such as magazines, ammunition, holsters, and cleaning kits are featured throughout the book, as are rarely seen combat-related uniform and equipment items.