M911 and M1070 Het: Heavy-Equipment Transporters of the US Army (Legends of Warfare: Ground #30) (Hardcover) 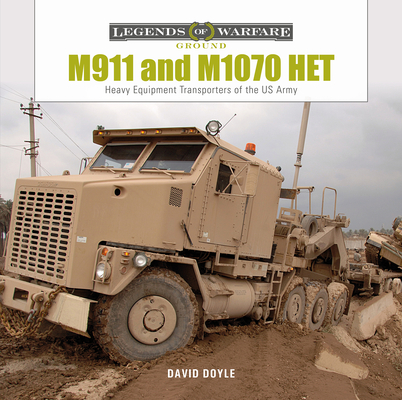 M911 and M1070 Het: Heavy-Equipment Transporters of the US Army (Legends of Warfare: Ground #30) (Hardcover)

This is book number 30 in the Legends of Warfare: Ground series.

This book explores the mechanical details and military use of the M911 C-HET and M1070/M1070A1 HETS and their associated trailers. These vehicles are tasked with transporting the US Army's heaviest weapons--the M1 Abrams tank and other armored vehicles. In a departure from previous generations of tank transporters, which were designed especially for this task and built at great expense, the vehicles in this volume utilize numerous components from the civil market in order to lower cost and ease maintenance. The Oshkosh M911 C-HET and the M747 trailer typically used with it are first examined, then the newer M1070, M1070 armored cab conversion, M1070A1, and M1070F and the M1000 trailer used with the M1070-series tractors are studied. These heavy haulers are revealed in outstanding detail in this volume, which features both combat and detail photos. Hundreds of color and black-and-white photos put the reader in, on, over, and under these massive machines.