Rewriting the Self: Psychotherapy and Midrash (Paperback) 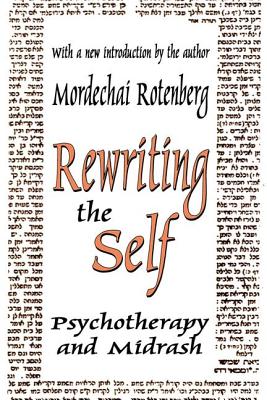 Rewriting the Self: Psychotherapy and Midrash (Paperback)

While the term midrash--from the Hebrew darash, searched or interpreted--can refer to both legal and extralegal scriptural exegesis, it most commonly refers to symbolic legends, stories, and parables used to make moral or ethical concepts accessible to the layman. As such, midrash encompasses an open-ended method of exposition that often allows for the coexistence of seemingly contradictory interpretations of holy writ in a kind of dialogue with each other. In Rewriting the Self, Mordechai Rotenberg illustrates how midrashic dialogue between a person's past and present may assist in the reorganization of ostensibly contrasting conditions or positions, so that by reinterpreting a failing past according to future aspirations, cognitive discord may be reduced and one may begin to rehabilitate and enhance one's life.

Rotenberg argues that the foundations of what he calls a dialogic psychology of progress, as well as a pluralistic, free choice approach to psychotherapy, may be identified in Judaism's midrashic metacode. From a practical, therapeutic perspective, a teacher or therapist would no longer be an elite interpreter of a student or client's past, authorized to give the only authentic analysis of that person's problems. Rather, he would be able to offer a variety of options, both rational and emotional. In Rewriting the Self, Rotenberg demonstrates his theory with several case studies of rewriting oneself from both the Midrash and Talmud. He contrasts this method with other psychotherapies. This volume is the third in a trilogy (the previous two, Damnation and Deviance and Hasidic Psychology, are also published by Transaction) that seeks to present a dialogistic psychology as an alternative framework to the perspective that predominates in Western social sciences. It is an original work that will be welcomed by psychotherapists, social scientists, and students of theology.